Since it’s inception in 2006, Poh Kao aims to strengthen the capacity of people to control their own development, whilst respecting and conserving wildlife/biodiversity. Since 2016, Poh Kao has been assisting the locally based NTFP NGO by providing and transferring the technical skills to allow the organization to effectively implement the initiative.

We are working to protect the unique wildlife population and reduce poaching at Veun Sai Siem Pang National Park.

As such, these forests provide the best chance for maintaining the iconic wildlife in South East Asia.

VSSPNP is extremely biodiverse – it is home to more than 250 species of mammals, reptiles, amphibians, and birds – many of which are threatened – and includes some of the rarest species of animals on the planet. Species new to science, e.g. Walston’s tube-nose bat (Murina walstoni) and the iridescent lizard (Lygosoma veunsaiensi), are still being found here. 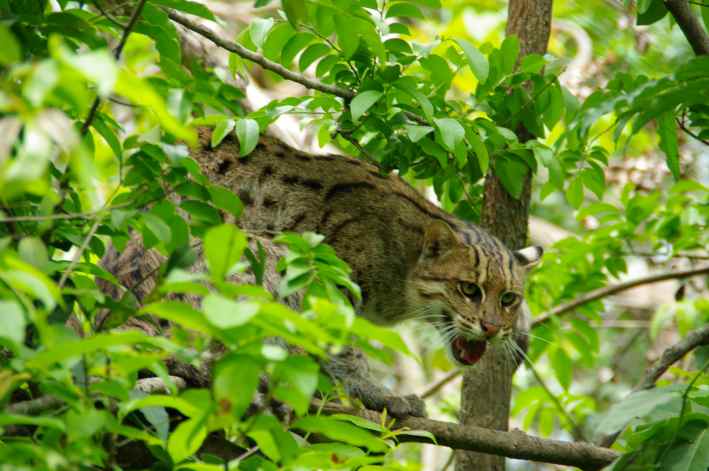 It is home to some of the last populations of giant ibis, sun bear, and clouded leopard, and includes what is thought to be the world’s largest group of the endangered northern buff-cheeked gibbon (Nomascus annamensis). Of the six species of primates that are found here, 5 are on the Red List of Threatened Species IUCN (i.e. threatened). Seven large carnivore species are also found here. 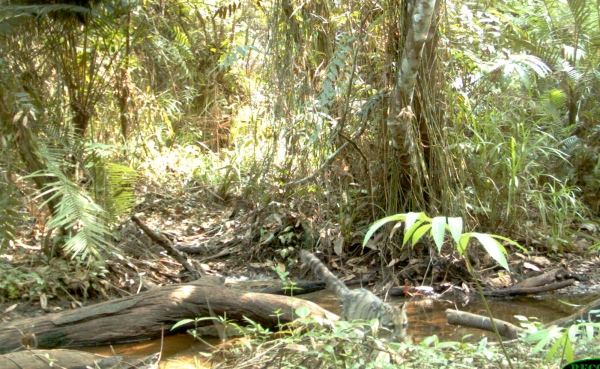 The initiative targets ethnic minority communities in five villages (Kapin, Talae, Backae, I Tub and Kang Nuok) with a total population of approximately 4,000, whose livelihoods are sustained from gathering forest products and hunting to supply the Chinese market for meat and medicinal products.

The poaching and wildlife trade problem 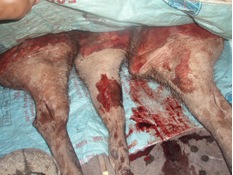 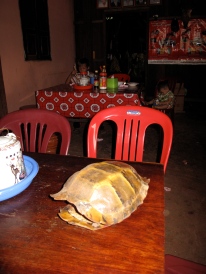 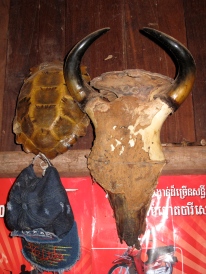 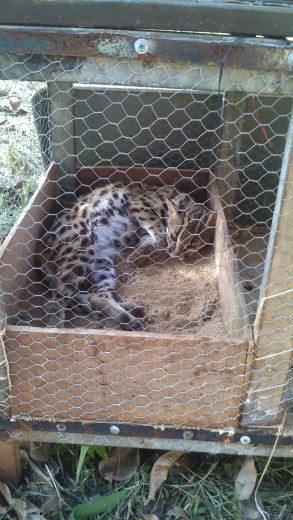 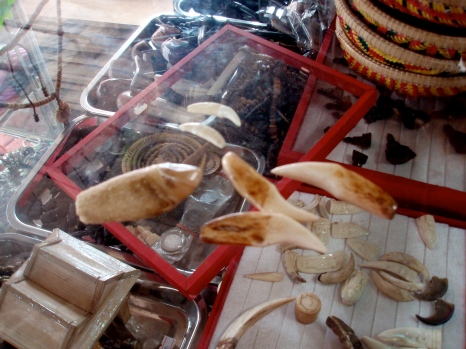 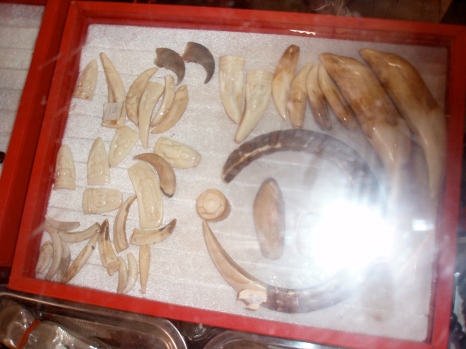 The forest is disappearing – being cleared of many species of luxury timber, such as rosewood (a staple of the Chinese hongmu classical furniture style) due to illegal logging, driven by demand primarily from China and Viet Nam.

Overview of the problem

The following animals and plants are affected by poaching and IWT in the area:

Illegal logging is a lucrative industry driven by large national and international demand: there is a low risk of prosecution from enforcement agencies, and there is lack of political will to tackle this issue, which is further compounded by corruption. Thus, illegal logging represents a high revenue generating activity without fear of legal consequences.

Hunting appears to be largely conducted by people from local communities for either local consumption or wildlife trade (and to a lesser degree for medicinal purposes). For some families, food insecurity is a major driver for hunting – bushmeat provides food security in the face scarcity. However, a larger proportion of hunting is for the wildlife trade that is driven by external demand, which in turn provides food security and income generation for local people.

Historically the forest was inhabited by ethnic tribes (Kavet and Montagnard Lao) who were isolated – located in remote mountainous areas (far North East Cambodia) – until the late 1990s. Veun Sai-Siem Pang Forest was pristine/intact at this time, except for small-scale hunting and subsistence activities, such as hunting smaller species for personal consumption, practiced by these ethnic minorities.

Pacification of the country reactivated trafficking routes. Chinese and Vietnamese traders recruited migrants (recently based in ethnic villages) to become their intermediaries. These intermediaries actively encouraged young villagers to poach with the promise to purchase every plant and animal procured from the forest, but especially highly coveted and valuable species like tigers (now not seen for many years), leopards, bears, elephants, gibbons, pangolins, slow loris, cobra etc. This was against traditional norms and practices: traditional leaders were completely against this poaching, as it was breaking the traditional law (only specific wildlife were allowed to be hunted and only one at a time, or else the forest spirit will be offended). Lack of government will and inadequate law enforcement is doing little to control poaching and the larger issue of IWT.

Between 1997 to 2006, all tigers in the area were killed with landmines. Once per week, Chinese traders would visit their intermediaries in the ethnic villages to buy all dead or alive animals. They corrupted the village chief in one village, but the Kavet minority resisted the temptation despite being the most vulnerable and poorest people in Cambodia.

There are 3 operating modes:

1) One trader based in each of the 5 villages, buying all wildlife species dead or alive that villagers can poach using snares. Every week during the dry season a Chinese or Vietnamese trader comes from the Chinese village of Veun Sai to collect all animals.

3) Authorities, such as police officers form hunting parties, armed with big nets, long spears, and guns. Wildlife is captured or killed: the bushmeat is sold at the provincial market or in Phnom Penh, and live animals are sold in Viet Nam.